Sunday, July 24, 2016 – 3 p.m.
The opportunity for a concert tour of Hungary in 2006 was the catalyst for the formation of Morningstar Flute Ensemble.  When her Hungarian friend Miklos (Mike) Bus, a great supporter of a local ensemble she played with, was willing to arrange such a venture, Charlotte Ellis invited a select group of flutist friends to participate – and Morningstar was born.

Since then, the Ensemble has given concerts in several states and recorded a CD of some of the world’s most beautiful and soothing music.

Also heard will be a lovely piece by Ann Holler of Bristol, TN, and the title track of Morningstar’s peaceful and relaxing CD, “Tranquility,” which will be available at the concert.

In addition to her arrangements of two works of Bach and Mozart, the concert will feature several of Charlotte’s original compositions, including “Ilse’s Suite,” composed in honor of her friend Ilse Krupp, whose life in Germany during and after World War II is portrayed in four movements of music and narrative.  This music will be performed on instruments that may be unfamiliar to the average person.  Not only does Morningstar use the commonly heard concert flute and piccolo, but they also play alto and bass flutes, which may be likened to the viola and cello in a string orchestra, as well as the 6-foot tall contrabass flute, an uncommon instrument whose sound is comparable to the bass viol or string bass.

The group derives its name from the occasions that Charlotte’s mother carried her very young daughter into the early morning darkness to view the morning star, memories that have remained vivid and special over the many intervening years.

Because the musicians live in different parts of the eastern U.S., music is distributed for individual work before they convene for group rehearsals.  It is with eager anticipation that they look forward to their times of playing together.

Willard Chapel is an extremely rare example of the work of Louis C. Tiffany – the only complete and unaltered Tiffany religion interior known to exist in the world.

Built in 1892-1894, the interior of the Chapel was designed and handcrafted entirely by Tiffany Glass and Decorating Company of New York City and includes 14 opalescent windows, a rose window, a large figure window, nine Mooresque styled chandeliers, memorial tablets of glass mosaic tile and gilt bronze, furnishings of oak inlaid with metal and glass mosaic, a ceiling with gold leaf stencils and mosaic flooring.

This jeweled historic treasure was acquired in 1990 by the Community Preservation Committee, a non-profit organization dedicated to preserving the architectural and historical elements of Auburn, Cayuga County and the surrounding NY areas, and received National Historic Landmark Designation in 2005.

MORNINGSTAR’s concert will include music from their popular CD, TRANQUILITY, works by Bach and Mozart, and melodic arrangements and compositions by present-day composers, including a commissioned work by Rochester native Robert Greene and the world premier of ILSE’S SUITE, by Charlotte Ellis. 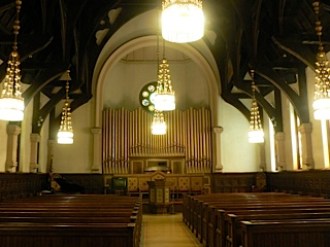 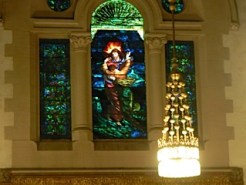 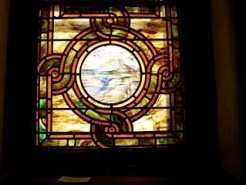 The music on this CD is music that we love – both to listen to and to play.  It is music that encourages a sense of peace and tranquility in lives that are sometimes overfull and prone to agitation.  It is a privilege to play again for you music that has been played for hundreds of years and to bring to you new music that perhaps will still be enjoyed many years from now.  We hope you find tranquility in the listening. 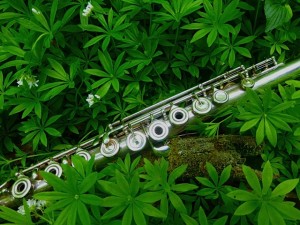